Our sacred prayers at ceremonies.

The only question asked as often as a question about
Native American tobacco
on my tracker
is a question about
our sacred prayers at ceremonies!
Questions like.
(1)- What way is the peace pipe passed traditionally?
(2)- What prayer is at a Native American Funeral?
(3)- What is the naming ceremony prayer?
(4)- Native American wedding prayers?
(5)- How to do a traditional smudge?
(6)- How to build a sweat lodge?
And so on!
It does my heart good to see that the true Native Americans have totally ignored these questions!
Non-natives and wannabe medicine people want to learn about our prayers to take advantage of unsuspecting victims and get into their pockets!
Remember the European type Guru?
Also
Remember, a true Traditions Native American
will never charge for the services!
I say to these phony non-natives.
Why not leave us alone and go into politics?
You can lie, steal and cheat many more people
And
Make a lot more money while you are at it?
I must take back my compliment
about Native Americans
Not responding to requests
for sacred knowledge
about our sacred ceremonies!
While going through my blog tracker,
there was two newspaper websites
about a tribe in New England
that gave a present to the Queen of England
because she returned a long lost Shechaim’s bones to them,
this
" (spiritual leader)"????
this is what he called himself a spiritual leader, 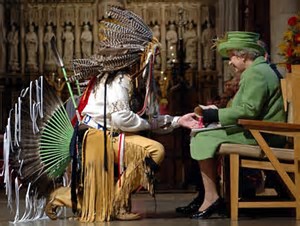 received a peace pipe refilled it with some tobacco,
So it must have been awakened at some point it time?
This Shechaim, was shunned by those same modern government Indians!
He and some of his friends
smoked to what they called
"The four directions"?
After they finished this smoking
he gave his peace pipe,???
I guess still hot,???
to the queen?
When asked the question
he said,
"Yes it is now her pipe; she can have any ceremony that she, the queen, wants."???
(WHAT)?
However,
After reading both news reports one would find out that
the pipe is made from pipe stone,
A Plains Indian pipe.
The tobacco was chemical cigarette tobacco,
Also used by plains Indians.
His Costume was
part plains Indian
And
Part clown with turkey, feathers.???
There was no Keeper of the pipe!
He called the pipe a Peace pipe,???
As far back as I have been taught
(76 years now),
New England Native Americans
had no peace pipe,
They had
Friendship pipes,
So in short,
This may not count for my blog.
However, tell me what do you think?
http://mysmudgingblog.blogspot.com/2011/08/our-sacred-prayers-at-ceremonies.html

If your church needs you gathering in a building, its priests, pastors, rabies and/or evangelist are crooks looking for your money and not you’re Creator (God)! 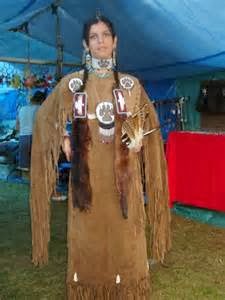 John Robert Lewis “Never Give Up”! – “Never Give In”! – “Always Keep The Faith”- - Whoopi said, “Don’t get scared, It’s your country, take it back” - Elijah Cummings said; “This is our Watch” 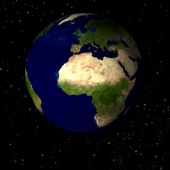